Hey folks! We all know about Black Friday. But do we know when it started and where it was celebrated?

You’ll find some valuable information on that!

We are promoting black Friday mountain bike deals this time..but a thought came to my mind that what if I post an article on black Fridays’ history and past celebrated ways!

The idea of Black Friday came from the Santa Claus Parades where many departmental stores used to sponsor those events (in the late 19th and early 20th Centuries).

Of them, Toronto Santa Claus Parade, in Canada, sponsored by Eaton’s and the Macy’s Thanksgiving Day Parade sponsored by Macy’s were mentionable. Many Department stores use to launch big advertising push in the parades.

Eventually, it just became an unwritten rule that no one(stores) would try to advertise Christmas offers before or on Thanksgiving. Thus, people started to celebrate it after Thanksgiving.

The relation between Christmas and Thanksgiving led to many controversies in the 1930s. Stores liked to have more prolonged shopping campaigns, yet none wanted to advertise or promote their products before Thanksgiving concerning the tradition.

Hence, in 1939, President Franklin D. Roosevelt issued a  proclamation proclaiming Thanksgiving day as the 4th Thursday in Nov rather than the last Thursday, meaning to increase the length of the shopping seasons at some years. Some went with the new decisions and some preferred following the old ones.

A part of the population started to call it as FranksGiving!

In 2015, Amazon.com started offering Prime Deals which led to many sales and thus other companies began competing with each other!

Now, Not only in the USA, Black Friday is Celebrated through countries like Canada, Australia, United Kingdoms, India, France, Germany, Indonesia, China and many worldwide nations!!

As years passed Black Friday became widespread and popular. At present some dealers start their campaigns two weeks before Thanksgiving! This year too, almost all the big shopping brands have launched their Black Friday deals.

So, don’t worry about that, you’ll get the best deals on our deals page!

We hear a lot of stories about people rushing to grab the deals for Black Friday. In such situations, we hear some news that people getting injured being a stampede and eventually die! So we all should be careful about this!

Have a safe shopping! 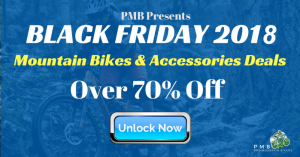