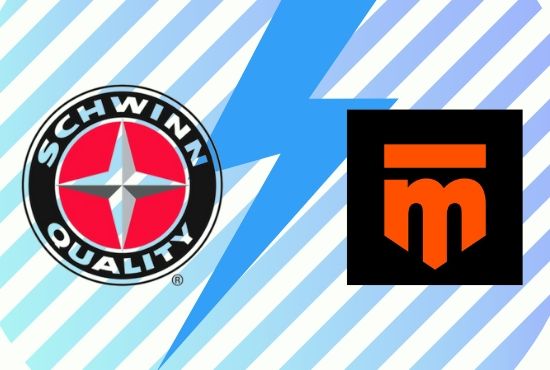 Ben Walker
I have loved mountain biking ever since growing up in the Canadian Rocky Mountains. I love downhill, dirt jumping, and free-riding.

So you’re looking to buy a mountain bike and you’ve narrowed it down to two different brands –
Mongoose and Schwinn. Both companies make great introductory mountain bikes for affordable prices and have a good range of basic hardtails, great for city riding or easy to medium cross country riding.

But how to choose between the two? In this article, I’ll break down the major differences between
Mongoose and Schwinn bikes, their reputations, features, and reviews, and offer a list of suggestions of models for you to take a look at. Hopefully, it helps you figure out whether a Mongoose or a Schwinn mountain bike is the right bike for you.

Mongoose first made its name in the 70s in California making BMX bikes, becoming one of the
leading brands in the industry. More recently, Mongoose has branched out into making mountain, urban and kids’ bikes.

Great range
In the mountain bike department, Mongoose makes some sick bikes. While they make some awesome entry-level hardtails, like the Excursion , they also engineer the unreal downhill beast, the Boot’r

Great choice
Mongoose doesn’t differentiate between men and women’s bikes, but they do sell kids’ bikes, as well as a couple of models of fat-tire bikes. 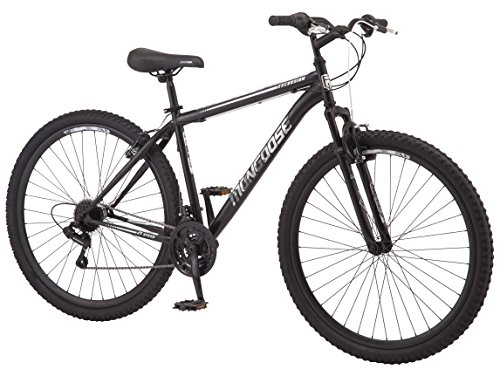 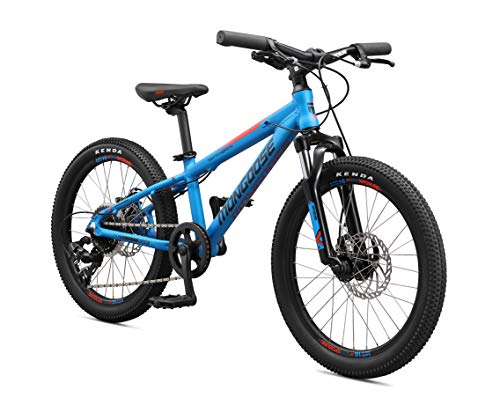 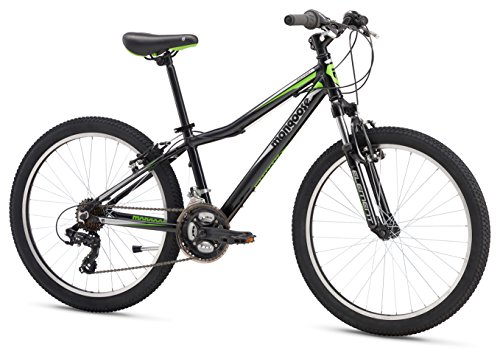 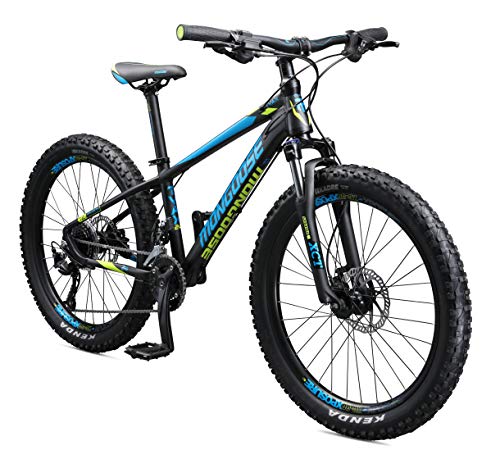 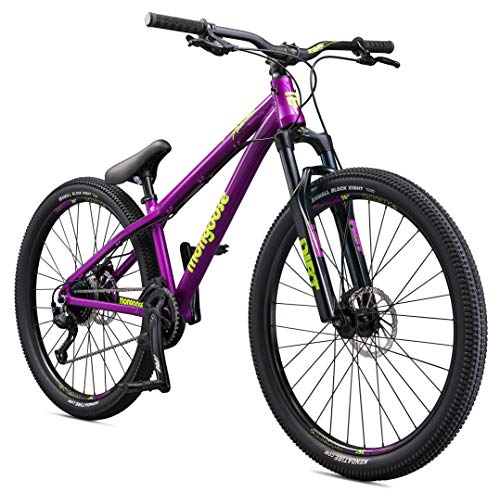 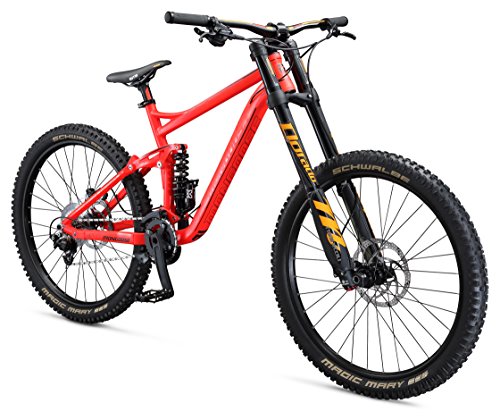 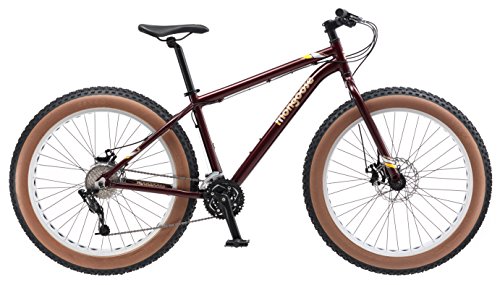 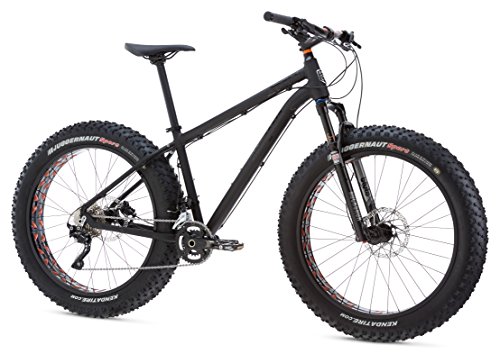 Founded in 1895 by a guy called Ignaz Schwinn who lived in Chicago, Schwinn spent most of their early years building city bikes, cruisers, and choppers for riding on streets and sidewalks. In the 1970s, Schwinn started experimenting in the new mountain bike market and in the 80s they were top of the game, winning two national championships.

Now, in 2019, Schwinn has a reputation of building basic hardtails for the introductory rider. They make mountain bikes for men, women and kids, and come in a range of styles, colors, and wheel sizes. Most of their bikes cost less than $500.

Because they’re on the low end of the market, Schwinn’s bikes have lower grade components than a lot of other bikes out there, including most of the Mongoose bikes. A lot of the bikes with front suspension come with Schwinn forks, which aren’t as good as the Manitou forks you find on a lot of Mongoose bikes.

Most of Schwinn’s bikes come with Shimano gears, though they tend to be twist grips, not trigger shifters. Their bikes tend to come with caliper brakes, though a few models like the Sidewinder come with a mechanical front brake.

The best thing about Schwinn is the price of their bikes. They play their role in building basic affordable bikes, and they play it well. But when you compare Schwinn to a more developed, higher range company like Mongoose, some of their bikes can look a little cheap. 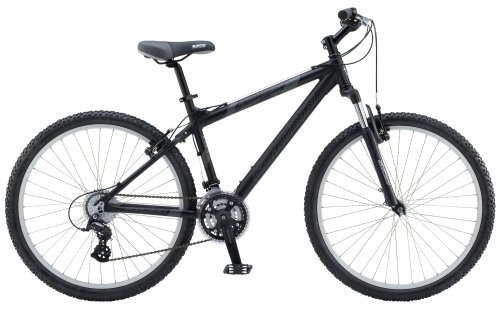 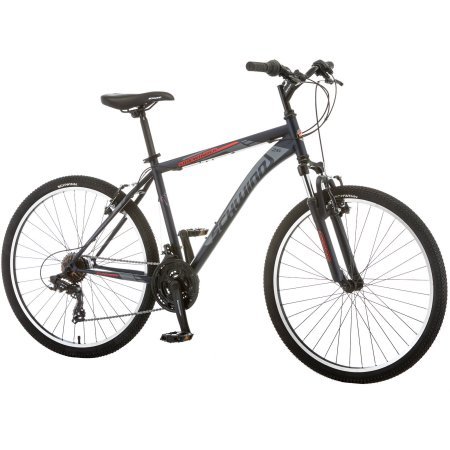 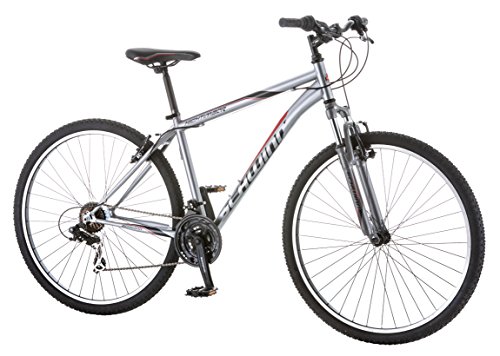 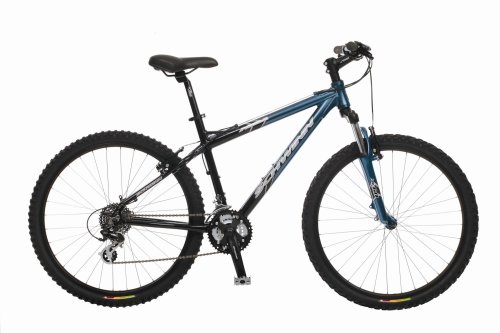 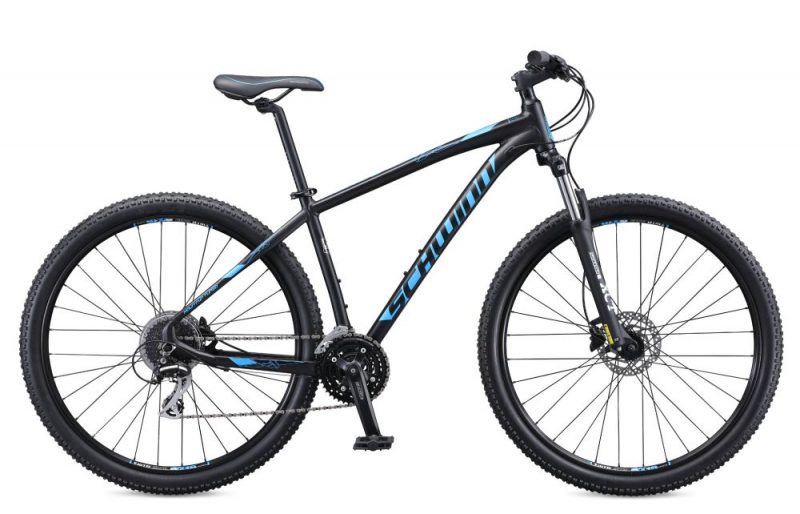 There we go. Mongoose or Schwinn? I put my money on Mongoose. They cost a little more, or a lot more depending on the model, but the investment is worth it. A good mountain bike can serve you as an introductory bike and stay with you for years of progression.

While Schwinn makes decent low-end bikes, if you want to do anything more than ride around the local park, their bikes are too cheap to stand up to any kind of serious riding. The components on the Mongoose bikes are designed to take the abuse that a mountain can throw at them, whereas the Schwinn won’t last very long.

If you’re looking to buy a higher-end mountain bike then the choice is clear. Mongoose makes way more options that Schwinn and their range goes all the way to downhill machines costing thousands of dollars.

Buying the right mountain bike is ultimately up to you. You know why you’re buying it. But hopefully, this article will have helped you see why, in this case, Mongoose is the better decision. 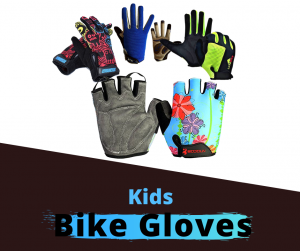 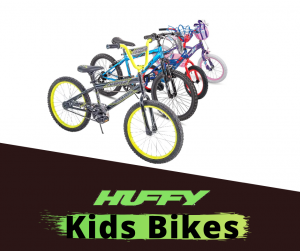 Huffy Kids Bike: Should I Buy It?