Written by : Bob Sharp; in : Comparison
[As amazon associates we receive commission for every qualified purchases] 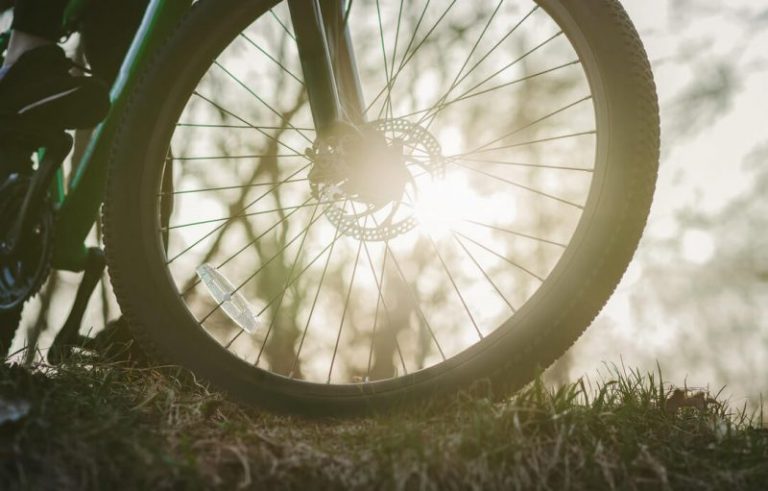 So you're looking to buy a mountain bike and you've narrowed it down to two different brands – Trek and Giant. Bot companies offer a huge range of mountain bikes, from hardtails to cross country to downhill models for every ability level.

But how to know which one to choose? In this article, I'll break down the major differences between Trek and Giant bikes, their reputations, features, and reviews, and offer a list of suggestions of models for you to take a look at. Hopefully, it helps you figure out if a Trek or a Giant mountain bike is the right bike for you.

Trek has been making bikes since 1976. While Trek is an American company, most of its bikes are made overseas, mainly in China, as are most mountain bikes today. Trek still does make 25,000 bikes a year in the USA, which is unusual for most American bike companies. They offer a huge range of mountain bikes for men, women, and children, as well as for different levels of rider, from beginner to advanced.

While Trek used to have a reputation for making pretty much only cross country bikes, in the last decade, they have expanded into making dirt jumpers, and full-suspension freeride and downhill bikes. Where once they weren't regarded as serious, some of their latest contenders can compete with the big boys.

You'll see the best components on Trek bikes, with RockShox suspension and SRAM derailleurs, cranks, and shifters. Most of their bikes have hydraulic disc brakes, though some of the lower-end models have mechanical disc brakes.

One of the best things about Trek, in my opinion, is their dedication to helping the environment. As a company, they are extremely vocal in their efforts to improve their own sustainability, and they've also helped set up an initiative aiming to get more American commuters to swap their car for a bike. In 2019, Trek is on the cutting edge of what a mountain bike company can do.

Giant was founded in 1972 in Taiwan, where it's still located, and has grown into the biggest bike manufacturer in the world. Giant's market dominance allows them to bring out a huge range of comparatively low-priced mountain bikes.

Giant makes something for everyone. They make men's, women's and kids' bikes of all sizes, urban, XC, hardtails and downhill bikes. In the mountain bike world, Giant has a reputation of being a dependable, if a little boring, brand that barely ever makes mistakes.

Their components are always top-notch, using forks from Fox and RockShox and shifters and cranksets from Shimano, TruVativ, and SRAM. A few of their low-end bikes tend to have mechanical disc brakes, while the vast majority of their bikes have hydraulic brakes.

Their bikes are solid, though maybe it's from being at the top for too long, but lately, their new models have all looked a little recycled, like we've already seen them. It's hard to knock them because they are good at what they do, but Trek seems to be willing to take more chances and has more success because of it.

Trek and Giant are, on the surface, pretty similar companies when it comes to making mountain bikes. They offer a comprehensive range of styles, sizes, and prices. Both companies have a bike for every rider, no matter their age or ability.

But scratch a little deeper, and the differences start showing through. Trek's dedication and ingenuity has kept their bikes at the very edge of mountain bike technology. The giant Giant feels like it's now lumbering behind.

This one may come down to more of a personal preference because I like Trek's commitment to helping the environment, but between Trek and Giant, I would have to say Trek comes out on top. As I said, they take more risks, and the rewards are there for their riders to enjoy.

I hope that has helped you make up your mind between Trek and Giant mountain bikes.